Two place on one trip

Hong Kong is a major apparel trading hub in Asia - Vicky Sung about the fashion shows Hong Kong Fashion Week (HKFW) and the FashionSZshow in Shenzhen.

This dual arrangement has been going on for a number of years to the benefit of both events. It is convenient to overseas visitors to make two place on one trip.The uncertain global economic times is affecting the fashion apparel industry world over. Hong Kong, a major apparel trading hub in Asia while Guangdong Province of South China, a major manufacturing base for womenswear, cannot escape this.

HKFW - Hong Kong Fashion WeekHong Kong Trade Development Council, the organizer of the HKFW, put in great efforts to boost the 4-day event which drew in 13,000 buyers from 68 countries to examine the offerings of 1,200 exhibitors from 18 countries. Although the number of exhibitors were about the same as the 2015 S/S event, there was significantly less visitors – by about 20%. This is owing to the uncertain economic times around the world and not due to a lack of effort by the organisers. Another factor in the equation is the changing marketing trends. Online purchase is eating away the traditional buying channels. Technology and sustainability were two features highlighted at HKFW. Hence a Fashion Tech Zone was launched this year to showcase the industry’s latest digital printing and eco-friendly textile technologies. Together with the Hong Kong Research Institute of Textiles and Apparel (HKRITA) sustainability for the fashion industry and technology innovations were topic focus of the seminars.

Still pumping the slogan of “My Fashion Attitude, What’s Yours?” the program of FashionSZshow was rich with exhibition, fashion shows, seminars, and design competitions. However, fewer large booths of China brands were seen. In its place were more diverse mix of fashion accessories products on display. The Korea participation was the biggest overseas exhibitor group, organized by the Council of Fashion Designers of Korea. Some 28 brands were showcased in the Korea Fashion Avenue as Korean fashion is well liked by the Chinese as a result of the Korean Wave promoted through in Korean movies and television shows. In the month of July, China’s export of textiles & apparel (T&A) continues on the downward trend. Export of T&A reached USD 25.38 billion, a decline of 6.9% which was at a greater rate than the month before. Textiles exported USD 9.13b, down by 4%, and clothing USD16.25b, down by 8.4%. From Jan to Jul of 2016, T&A export totaled USD148.53b, a decrease of 4.6% with textiles totaled USD61.07b, down 2.2% and clothing totaled USD87.46b, down 6.2%. China’s T&A export declined due to the shift of orders by international brands from China to S.E. Asia. However, China’s consumers are getting more and more sophisticated boosting consumer confidence. In the Q1 of 2016, China consumer confidence index maintain within a top 10 position in the world and Q2 it ranked 8th. They are still in love with buying clothing and fashion accessories. The depreciation of the renminbi against the USD & euros help boost purchase of domestic made apparel brands.

On the textile side, Intertextile Pavilion in Shenzhen International Trade Fair for Apparel Fabrics and Accessories, organized by Messe Frankfurt HK, held in parallel with FashionSZshow, had a positive experience. Though the exhibitor number was about the same as 2015, (2016: 675 and 2015: 677), it bucked the trend of fewer visitors experienced by fashion fairs of HKFW and FashionSZshow. It saw a 15% increase of visitors with 17,000 from 37 countries (2015: 14,855). This is definitely an encouraging sign. Visitors came from international fashion brands such as Brooks Brothers, Diesel, DKNY, G2000, I.T., Macy’s Ralph Lauren, Zara to name a few. It also attracted many domestic fashion brands. Though the majority of the exhibitors were from domestic China, however, it is the overseas exhibitors that attracted most attention. When times are challenging and economies softening, brands – both international and domestic, seek out innovative and interesting fabrics to differentiate their designs from competitors. The Pavilions of Korea and Taiwan were significantly bigger than before, 38 and 23 exhibitors respectively (2015 Korea: 33 and Taiwan 15 - a 50% increase over 2015). The new Japan Zone had a more participation of exhibitors than before and design studios from UK made its debut appearance. It all indicates a maturing consumer market of China.

Korea is the largest overseas exhibitors for both the Intertextile Shenzhen and FashionSZshow. It means that there is room for foreign textiles and fashion brands to penetrate the China market. Shenzhen as a city is also becoming more urbane and beginning to play the role of a trading hub for all industries, especially for textiles and apparel, for South China. For an uncertain economic climate, these 3 events – HKFW, Intertextile Shenzhen and FashionSZshow had fared satisfactorily. The determination of the exhibitors to find new paths for business opportunities is most encouraging. The T&A industry is taking on the approach of making changes and upgrade. Faced with rather complex and challenging external factors, on the whole China’s T&A industry has the strength to maintain steady development transiting from a low labour cost production to innovative and technology based. Once the uncertainty of the global economy is cleared the T&A business will pick up. As they say, “The Show Must Go On”. 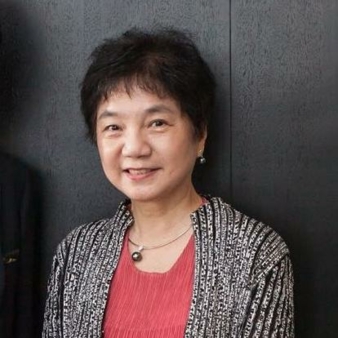