The unrivalled business platform in China for the textile machinery industry

This year marks a new milestone for the fifth show. A total of 1,673 exhibitors from 28 countries and economies are showcasing machinery and solutions.

The expected visitorship are around 100,000 during the five-day exhibition. The combined exhibition grosses over 170,000 square metres of exhibition space – 12 per cent larger than the last edition. It is the biggest showing since the first edition.

These numbers attest to the combined strength of the ITMA ASIA and CITME brands, making the combined show Asia's most important textile machinery show in terms of exhibiting space and technology. Another first is the staging of the combined show at a new venue – the National Exhibition and Convention Centre, Shanghai. Occupying six halls, the modern exhibition centre is easily accessible from the Hongqiao Transportation Hub.

Mr Fritz Mayer, President of CEMATEX, said: "We are delighted with the response to our exhibition. Despite the current sluggish economic climate, there is a great need for an industry-leading platform in Asia where established textile machinery manufacturers can showcase their products and services and connect with their customers.”

Mr Wang Shutian, President of China Textile Machinery Association (CTMA), agreed: "The combined show is an excellent platform to reach Asian buyers. The overwhelming response is also partly due to the Chinese government's call to embrace automation which will help the industry improve the quality of textiles and cost-effectiveness.

"Even though economic conditions may be difficult at the moment, textile makers recognise that it is even more critical for them to invest in better technological solutions and to upgrade their facilities.”

Major machinery manufacturers from around the world

In terms of exhibit space, China fields the biggest number of participants. The Chinese exhibitors occupy 69.4 per cent of the exhibition space. This is followed by Germany – 6.5 per cent, Italy – 5.5 per cent, Japan – 4.7 per cent and Switzerland – 3.2 per cent. By product categories, spinning is the largest sector, occupying 30 per cent of the total exhibit space. Dyeing, finishing and printing machinery form the next biggest group at 27 per cent, followed by knitting and weaving at 17 per cent.

ITMA ASIA + CITME 2016 is once again marked by a significant presence of German companies both in their number and in the quality of their technology. German technology can indeed play a major role in China’s and other countries efforts to make the environment cleaner and to increase the energy efficiency of the textile industry. Furthermore, with their products and services the VDMA member companies have already taken steps towards Industrie 4.0, in China called intelligent manufacturing.

Visitors to the event will have an opportunity to appreciate the high level of technology being proposed by more than 100 German machinery manufacturers exhibiting at the fair. They cover nearly all different machinery chapters with a focus on spinning, nonwoven, weaving, knitting, warp knitting and finishing. The overall exhibition space occupied by German machinery manufacturers is more than 7.000 square meters, confirming Germany’s leading position among exhibiting foreign countries.

The commitment of VDMA members to sustainability

On the occasion of the VDMA press conference on the opening day of ITMA ASIA, Fritz P. Mayer, chairman of VDMA Textile Machinery and Associate of Karl Mayer Textilmaschinenfabrik emphasised that German technology can play a major role in efforts to make the environment cleaner, to increase the energy efficiency and so the competitiveness of textile producers. “For some time now, VDMA member companies have been focusing on the issue of sustainability for their products, in order to satisfy the demand for efficient technology solutions that effectively cut back on consumption, and consequently on production costs” explained Mayer. New technology is the number one key to better products and competitive production. And, technology is one precondition for resource and energy saving, he explained. Professionally investing customers are happy to pay for sustainable technologies and improved energy efficiency. VDMA calls this „Sustainability meets profit“, Mayer concluded.

Energy savings of up to 30 percent

VDMA started its sustainability initiative Blue Competence, to which over 40 textile machinery companies have adhered, already back in 2011. Instead of scientific certification experiments and theoretical approaches, VDMA always focused on best practice examples. First to mention is an analysis by VDMA experts that examined the energy saving effects over the entire production chain of five textile products: A cotton T-Shirt, a functional T-Shirt a textile billboard, an architectural textile and a hygienic nonwoven. The result of this in-depth analysis is impressive: In the production of these products up to 30 percent energy can be saved with German technology of today compared to the one available 10 years ago.

The future of the textile industry is more and more determined by Industrie 4.0. This interconnection of information technology and manufacturing processes is on track. Thomas Waldmann, Managing Director, VDMA Textile Machinery: “Leading customers are increasingly interested in condition monitoring and predictive maintenance, including remote services.” Other hot topics according to him are virtual machines, traceability, remote control data exchange, self-optimising, intelligent user interfaces or individualisation. Generally speaking, smart machine controllers will correct process parameters automatically according to the sensors report. Or, if delivery deadlines are not met, downstream production processes will be adjusted immediately. Without discussing the potential of new business models, immediate advantages of Industrie 4.0 are improved plant efficiency, more economical production processes, energy savings, more flexible production, just to name a few.

Between January and May this year, the Chinese textile industry imported machinery worth 1.04 billion Dollar, with an increased focus on advanced technology. With a market share of 35 percent, Germany is the biggest supplier. Against the trend of decreasing imports, the deliveries of spinning machinery increased by 20 percent from January to May, from Germany by 25 percent.

The VDMA booth (H1F81) is the first contact point for visitors interested in German technology. E.g. visitors get a compact overview of manufacturers and their products in the useful pocket guide, listing all exhibiting VDMA members by halls and showing their stand location in the hall plans.

The fifth edition of the combined show will be held from 21 to 25 October 2016 at the new National Exhibition and Convention Centre (NECC) in Shanghai.

Opening hours are from 9am to 6pm. Visitors can purchase their badges onsite at the registration areas. Onsite rates are 50 yuan for a one-day badge and 100 yuan for a five-day badge. 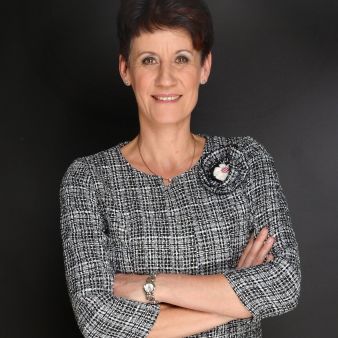