The ongoing Russia-Ukraine war has impacted a number of industries in the U.S., including the textile and apparel sector which faces uncertainties.

These uncertainties result from raw-material shortages and rising costs of oil. But many industries in the U.S, including the textile and apparel industry, are also demonstrating their resilience amid such uncertainties...

The Biden administration has responded with a slew of economic sanctions against Russia and Russian officials reportedly involved in the invasion of Ukraine. The sanctions enforced in the first instance apply to software, technology, defense and financial institutions; these areas will, invariably, impact the textile and apparel industry, with many experts not ruling out further sanctions.

The U.S. textile industry is also a major exporter of textiles and textile-related products, with fibers, textile and apparel exports reaching a combining value of some $ 28.4 billion in 2020. The industry exports to more than 200 countries, including 24 markets that purchase in excess of $100 million. The most important exports, by region, are the USMCA, formerly known as NAFTA ($10 billion), Central America ($2.5 billion), Asia ($ 2.7 billion), Europe ($ 2.2 billion) and the rest of the world ($ 1.9 billion).

The Ukraine crisis has also impacted the energy segment. Price of crude oil has soared; indeed, crude oil was traded in late April at $ 104 a barrel. The average consumer’s purchasing power has been badly hit, in the final analysis.

The cotton market, which faces a tight supply situation, is passing through continuing uncertainties and volatility caused by fluctuating demand and escalating energy prices. Experts believe that the market is likely to become more volatile. Cotton-spinning mills say that rising cotton prices will continue, at least, in the short term. Prices of the MCU-5 cotton variety, for instance, have risen sharply in recent weeks in many countries.

Since gas prices have been rising, consumers in the U.S., and also elsewhere, are taking a hard look at prices of textiles and, according to surveys by many institutions, they may postpone buying some items which, in the final analysis, could impact the textile trade.

At the Texworld Apparel Sourcing Fair held in January 2022 in New York, several Asian textile exhibitors told textile network that they had sensed hesitation among importers to order large volumes, preferring instead to “first wait and watch” the market developments.

Demand and prices in the textile sector depend not just on cotton and raw materials’ prices. Other factors such as regional peace and security also influence consumers’ interest in buying textile items which are heavily dependent on discretionary spending, explains Dr. Seshadri Ramkumar a professor in the department of environmental toxicology at Texas Tech University, in a comment he wrote recently.

The war has also impacted Russia’s domestic textile and apparel market, as many U.S. and Western brand names have decided to suspend operations in the Russian market.

According to Euromonitor data, apparel retail sales in Russia had exceeded US$ 28 billion in 2021.

Given the rapidly deteriorating situation resulting from the war, a growing number of international fashion brands and retailers have suspended their operations in Russia, including Nike, H&M, Zara, Levi’s, Hermes, Chanel, Gucci, etc. According to Yale University, as of March 18, 2022, over 400 global companies had withdrawn from Russia, though some still continue to remain there.

Not a major supplier but...

Associate professor of fashion and apparel studies at University of Delaware, Dr. Sheng Lu noted in media comments: “While Russia and Ukraine play a minor role in apparel production and trade, it doesn’t mean the apparel industry is immune to the ripple effects of the military conflict.”

Lu contends that the immediate result of the escalated tension had been a sharp rise in world oil price; textile fibers derived from oil, such as polyester could face tremendous price pressure. As man-made fiber became more expensive, the demand for natural fiber could also increase and this in turn could lead to increase in prices of natural fibers. The American fashion apparel industry believes that price pressure is growing on the fashion industry because of the war.

Julia Hughes, the United States Fashion Industry Association (USFIA), recently said that although Ukraine was not a major supplier to the U.S. market, it is important for some U.S. companies. During 2021, the U.S. imported more than US$ 20 million worth of apparel from Ukraine, Hughes said.

American companies have also been reacting to the Ukraine crisis in a number of ways. Milliken & Company of South Carolina, which also has interest in the textile sector, issued a statement saying that it was “compelled to denounce the Russian invasion of Ukraine and the appalling human suffering it has caused”. Milliken & Company condemned the violence in Ukraine and said it would support and comply with the economic and financial sanctions against Russia.

The U.S. textile industry has been expressing concern over China’s unfair trading practices while exporting textiles and apparel to the U.S. The National Council of Textile Organizations (NCTO), representing the full spectrum of textiles manufactured in the U.S., urged the U.S. administration to maintain Section 301 tariffs on textile products from China. NCTO President/CEO Kim Glas issued a statement on the U.S. Trade Representative’s statutory four-year review of the 301 tariffs against textile imports from China.

The statement said that tariffs were a reasonable and necessary mechanism to support U.S. jobs, offset unacceptable practices, and strengthen the national economy, helping partially level the playing field for American manufacturers and workers trying to compete against unfair and illegal trade practices – ranging from intellectual property theft, forced labor, to state-sponsored subsidies – that have been perpetuated by the Chinese government. 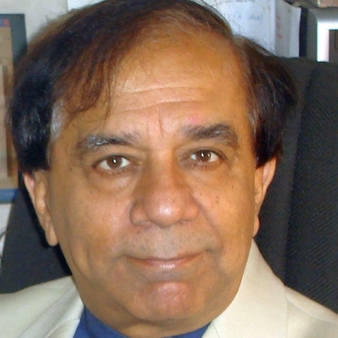